A professor of World Arts and Culture who specializes in Native American cultures at the University of California at Los Angeles, David Delgado Shorter, has been given the official green light to continue using university resources to promote the boycott of Israel by the university’s Committee on Academic Freedom.

Several months ago a California-based group focused on protecting Jewish students from academic anti-Semitism, AMCHA, learned from UCLA students that Shorter prominently features links to the U.S. Campaign for the Academic and Cultural Boycott of Israel on his official class website.  The students who brought the anti-Israel concerns to AMCHA were too worried about retribution to complain either to Shorter or to anyone else at UCLA.

The founders of the U.S. Campaign for the Academic and Cultural Boycott of Israel have openly stated that their ultimate goal is the dismantling of the Jewish State.  Hannah Rosenthal, the U.S. State Department’s former Special Envoy to Monitor and Combat Anti-Semitism, has called their campaign anti-Semitic.  It is AMCHA’s position that all boycotts of Israel are deliberate assaults on the Jewish state and the Jewish people.

AMCHA took the students’ information and approached UCLA administrators, asking whether UCLA considered it within the parameters of academic freedom to promote the academic and cultural boycott of Israel.  According to Tammi Rossman-Benjamin, Lecturer in Hebrew and Jewish Studies at University of California Santa Cruz, and co-founder of AMCHA’s Investigative Taskforce on Campus Antisemitism, there was never any intention to either censor or punish Shorter.  They simply wanted to know, on the record, the answer to their question.

And now they do.

In a letter to Shorter dated July 9, 2012, the UCLA Academic Senate CAF determined that promoting the boycott of Israel on a professor’s class website was “consistent with professional standards,” and therefore that Shorter’s promotion of that boycott, in the context of his classroom, would be protected by UCLA.

AMCHA points out that such a position conflicts with the UCLA Regents Policy on Course Content, which states that the misuse of the classroom for “political indoctrination” constitutes misuse of the University as an institution.  Shorter’s promotion of the academic boycott of Israel on his UCLA class website also appears to be a clear violation of the California Education Code , which prohibits the use of the name of any UC campus for the support, endorsement, or advancement of political or partisan activity or program, with “boycott” specifically named.

But the UCLA CAF was not content to simply exonerate Shorter.  Instead, much of its two page letter to Shorter excoriated Leuchter for listening to an “outside group.”  Apparently the UCLA CAF imposes the same stringent standards for filing complaints as do United States courts: “The only parties who should have the standing to complain about whether the content of a course threatens academic freedom are members of the University directly affected by the content of a course (e.g., students or teaching assistants).”

Efforts to reach a member of the University of California Board of Regents have not yet been successful. 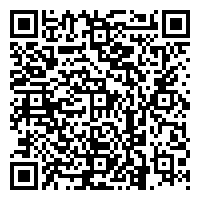