International Olympic Committee President Jacques Rogge on Monday went ahead and paid tribute to the 11 Israeli athletes and coaches who were killed in Munich 40 years ago. According to the AP, Rogge lead a “solemn minute of silence in the athletes village.”

Indeed, the AP story eagerly noted that it was “the first time the IOC has honored the slain Israelis in a ceremony inside an Olympic village.”


It’s difficult to articulate just how insulting and callused this empty gesture on the part of the IOC and its president has been.

Ankie Spitzer and Ilana Romano, widows of slain Israeli athletes whose murder and the murders of their teammates have gone unacknowledged for forty years, have been pleading for months now, along with thousands upon thousands who have signed their petition, for the officials at the helm of IOC to act human, to tell the world, just as it is getting together to celebrate the best that humanity has to offer: When athletes are slaughtered in broad day light in the middle of the Olympic games it is a horrible things which we will never forget and never forgive.

Instead, four days before the actual opening ceremony, President Rogge threw these widows a bone.

For months Rogge has rejected calls to hold a moment of silence during Friday’s opening ceremony of the London Games. He kept saying as late as this past Saturday that the opening was not the “appropriate place” to remember the Israeli team members killed by Palestinian gunmen in Munich during the 1972 Olympics.

“We feel that the opening ceremony is an atmosphere that is not fit to remember such a tragic incident,” Rogge said on Saturday.

Perhaps he would have gone for 30 seconds of silence?

I suggest Monday, July 23, 2012, will go down in the annals of Olympic history as Throw the Widow a Bone Day, or simply Bone Day.

On Monday, Rogge strolled over to the Olympic village in London, and in the midst of a quickly assembled crowd of officials, reporters and photographers, announced:

“I would like to start today’s ceremony by honoring the memory of the 11 Israeli Olympians who shared the ideals that have brought us together in this beautiful Olympic Village. The 11 victims of the Munich tragedy believed in that vision. “They came to Munich in the spirit of peace and solidarity. We owe it to them to keep the spirit alive and to remember them.”

And then, like a scene from a Fellini film, President Jacques Rogge bowed his head, and a crowd of 100 IOC executive board members, dignitaries and Olympic athletes and officials stood in silence for a minute.

For absolutely no one and nothing.

“As the events of 40 years ago remind us, sport is not immune from and cannot cure all the ills of the world,” Rogge said.

Oh, wiser words have not been said by a heartless bureaucrat in some time.

Incidentally, Rogge and the IOC will also honor the murdered Israeli athletes at a private reception in London on Aug. 6.

The IOC will also take part in a ceremony in Germany on the anniversary of the attack on Sept. 5 at the military airfield of Furstenfeldbruck where most of the Israelis were killed.

Then, in March, in a small café in Rome, Rogge and a group of friends will be waiting in silence for their lunch, which should also count for something. In fact, right now, I’ll bet many IOC are sitting in their offices doing stuff while being absolutely silent.

Just as long as it’s not on Friday night at the opening ceremony, because, let’s face it, it can put a damper on the whole humanity happiness thing.

Preparing for the Big Day in Jerusalem, ISRAEL 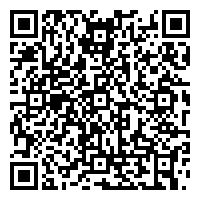