Still deciding who will get your vote?

The Jewish Press team has interviewed several of this election’s most newsworthy candidates – hear what they have to say about the issues affecting you most, and cast your ballot on January 22.


Danny Danon, darling of the Zionist camp and rising star in the Likud joined the Jewish Press’s Yishai Fleisher to encourage listeners to vote Likud, and discussed the coalition he believes Prime Minister Netanyahu will form if elected. Click here to listen.

Jeremy Gimpel, whose 2011 comments during a lecture to Christians on the possibilities that would arise if the Dome of the Rock were “blown up” attracted international attention, told Yishai why it would be better to vote for the Jewish Home party than the Likud.  Click here to listen.

Aryeh Eldad, long-time Knesset member and head of the Otzma Le’Yisrael list, talked at length with JP’s Yori Yanover about how “preventative medicine” should be applied to heal the country’s ills.  Click here to read the exclusive interview.

Moshe ‘Bogie’ Yaalon, former IDF Chief of Staff and Likud party candidate, talked to Yishai about the danger of joining up with Israel’s “peace” camp in the face of regional threats to the country, as well as his thoughts on aliyah.  Click here to listen.

Israel land advocate Aryeh King, number 4 on the Otzma Le’Yisrael list, shares the secrets behind the E-1 building project outside Maale Adumim and why it is a lynchpin in safekeeping Jerusalem.  Click here to listen to his interview with Yishai.

Yechezkel Steltzer of the Atid Echad party joined Yishai to reveal the powerful and pervasive influence of pornography in Israel – and what he intends to do to stop it. Click here to listen.

Jamal Khori of the Arab Hope for Change Party told Yishai how his party views the role of Arabs in the Jewish State.  Click here to listen. 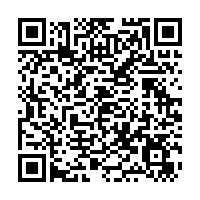