Leaders of Russia’s Jewish community have criticized a U.S. federal court ruling that fined Russia for refusing to hand over ancient Chasidic texts.

Rabbi Zinovy Kogan of the Russian Jewish Congress told the Itar-Tass news agency Jan. 17 that 12,000 books and 50,000 documents from the collection of Rabbi Joseph I. Schneerson, who led the Chabad-Lubavitch movement before his death in 1950, were “kept carefully and remain available to the general public” at the National State Library in Moscow.


On Jan. 16, Chief Judge Royce Lamberth of the U.S. District Court in Washington D.C. fined the Russian government $50,000 for every day that it refuses to hand over the documents. In an earlier ruling, Lamberth ruled that the materials belonged to representatives of the Chabad movement.

But Kogan challenged Chabad’s claims to the collection, saying that the books were written “long before the emergence of the Chabad-Lubavitch movement.”

Chabad’s branch in Russia, which is known as the Federation of Jewish Communities, also said that the move by its U.S.-based parent organization was unwise. FJC spokesman Boruch Gorin is quoted as saying the “tactic” to use the courts to recoup the books “doesn’t stand a chance.”

U.S. Justice Department lawyer Joel McElvain told Lamberth that the U.S. government has made progress, albeit “slow and halting,” on the matter. He said that fines would amount to a substantial step backward, according to the Associated Press.

Lamberth ordered the institutions to give up the items in 2010, five years after Chabad sued for their return. Russia has not recognized the authority of the U.S. court and is refusing to give up the artifacts, saying they are important to Russian national heritage. 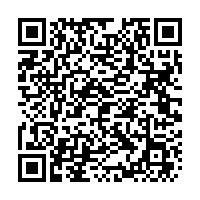