Land reclamation activists scored a victory this morning when Arabs living illegally on Jewish land in eastern Jerusalem were evacuated by court order. Two houses in Beit Chanina, a mostly Arab neighborhood west of Pizgat Zeev, were built illegally on Jewish land. However, while one family left the premises peacefully, the second family refused to evacuate.

Police vehicles along with a moving truck, lawyers, were on the scene to insure that the process was done smoothly. Bystanders, and photographers were kept at a distance by police, and one Jewish heckler meekly voiced his displeasure.


Speaking with Jewish Press, Eitan Gabai, the lawyer for the new land ownwer said: “The eviction is going smoothly. The land belongs to a Jewish owner, he purchased it in the 80’s. He bought the land and it is registed in the land registry. We did a court process to evict, the judge gave a judgement, after that they appealed to the disrict court, and even the disrict court denied the appeal. We went to the Office of Execution [Hotza’a Lepoal], and now we are doing this eviction.”

Israel Land Fund, the organization directing the purchase of the land and the evacuation of the old tenants told reporters that the the two buildings represent the beginnings of a new Jewish community in Beit Chanina which will be called Nof Shmuel, after the Tomb of Samuel the Prophet which is visible from the new properties to the west. The community will feature tens of apartments for less then a million NIS and will be meant, initially, for idealistic families.

Aryeh King, director of the Israel Land Fund, said that while the court ruled in favor of the evacuation, his organization offered the squatter family a compensation package but that the family refused to accept. 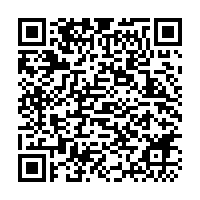