The Israeli franchise owner of McDonald’s, Peace Now co-founder Omri Padan, has caused an uproar in the city of Ariel in Samaria by refusing to allow a Big Mac branch in the city’s new mall.

In a reverse of the Boycott Israel movement, Ariel residents are threatening a Boycott McDonald’s movement.


The new mall was opened by the popular Rami Levy HaShikma supermarket, with plans for a McDonald’s  branch in the shopping complex.

Padan’s boycott not only will deprive Ariel’s Jews from chomping on McDonald’s menu items, but it also will lock out tens of thousands of Palestinian Authority Arabs in the area, who also will be deprived of the same equal job opportunities at McDonald’s that Rami Levy offers.

Ariel Mayor Eli Shviro told Channel 2 television, “If this is the case, it is a miserable decision. It discriminates against us. We are residents just like everyone in the country, and this is out of place.”

Padan stands his ground, as he has done for years. Levy says that the McDonald’s Israeli franchise owner is a victim of “mistaken thinking,” but McDonald’s Israel said in a statement. “This has always been the policy of Dr. Omri Padan.”

In 1998 he said in an interview with the Haaretz  newspaper, “McDonald’s Israel neither did nor will open a branch at any Israeli settlement beyond the Green Line. Already when I was the general manager of Kitan Textiles I told the board I would resign immediately if they move to open a plant on the West Bank. I have the privilege of not needing to compromise on my principles.”

He also fought in the past against a McDonald’s branch in Ramat Gan, adjacent to Tel Aviv, from becoming – God forbid – kosher, even though the orthodox Jewish owner of the mall required that stores be closed on Shabbat. He said in 1997, “We will be a non-kosher restaurant selling cheese-burgers, milkshakes and ice-cream.”

It is doubtful that the bosses will intervene in Ariel. McDonald’s would prefer to suffer a boycott of a few thousand Jews, or even a few hundred thousand in Israel and abroad, rather than a mega-boycott by the BDS movement.

The Boycott Israel movement would gleefully add the hamburger chain to its list of companies that dare to operate in Judea and Samaria, even if they employ Arabs.

So don’t figure on a McDonald’s branch in Ariel.

But there always is the good side to everything. Ariel residents, and neighboring Arabs, will be spared McDonald’s nutrition. 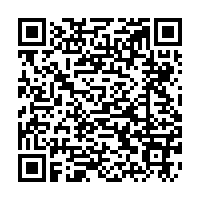