The WSJ noted that Israel will increase its clandestine entries into Iranian territory, expanding its policy of targeting Islamic Republic agents and proxies outside Iran, especially in Syria.


The newspaper quoted Bennett’s address to a Knesset committee earlier this month, where he said, “Last year, the Israeli government took action against the terrorist octopus head, unlike in previous decades, when it took action only against its arms.” The PM added: “The days of immunity, in which Iran attacked Israel and spread terrorism through its proxy forces in the region but remained unharmed, are over.”

The WSJ quoted sources familiar with Israel’s campaign against Iran’s military capabilities who said last year Israel had intensified its efforts with small drone strikes that hit Iran’s nuclear facilities and its drone base.

Iran blamed Israel for the killing of Hassan Sayad Khodaei, a Revolutionary Guards commander, in Tehran. That was followed by the killings of several high-ranking individuals involved in Iran’s nuclear and military research programs across the country.

Well-informed sources told the WSJ that after years of focusing on its covert efforts on Iran’s nuclear program, Israel is now stepping up its campaign, as Iran has been making significant progress in enriching weapons-quality uranium. According to the report, Israel believes it can still thwart the program, since, as one source suggested, “Although Iran may have mastered the fuel cycle, they have not made any progress in developing the warhead.” 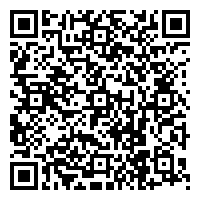