Egyptian president Abdel Fattah al-Sisi ordered the Rafah crossing between Gaza and Egypt via the Sinai opened for the entire month of Ramadan.

Translation: I have instructed the institutions concerned to take the necessary steps to maintain the opening of the Rafah crossing throughout the holy month of Ramadan in order to ensure the alleviation of the burdens of our brothers in the Gaza Strip. #تحيا_مصر

Due to terror attacks in the Sinai involving Gazans who joined ISIS in the Sinai, Egypt has kept the gates from Gaza mostly locked since 2013, leaving the burden on Israel, which tried to completely disengage from Gaza in 2005.

One would hope, that the majority of Gazans will use this opportunity to leave, and start new and better lives outside of Gaza and beyond Hamas control. 45% of Gazans say they want to emigrate from Gaza, according to a recent PCPSR survey.

The Gazans overwhelmingly voted for Hamas in their last elections, in 2006. Hamas took full control over Gaza in 2007, when they killed off the opposition.

Unfortunately, in that same recent survey by the PCPSR, if elections were held today in Gaza, Hamas leader Ismail Haniyeh would receive 62% of the vote in a Gazan presidential election compared to a mere 35% for Abbas. In the parliament, Hamas and Fatah would equally receive 32% of the vote from Gazans, while the rest are mostly undecided. Three months prior, Hamas would have received 36% compared to 30% for Fatah.

48% support of Gazans support a return to an armed intifada (which presumably means weapons beyond the IEDs, handguns and Molotov cocktails they currently use).

Following an attempt to create a unity government arrangement between Fatah (PLO) and Hamas in 2017, which didn’t worked out too well, the Palestinian Authority is supposed to be in charge of the crossings between Gaza and Egypt and Israel.

So while nearly half of the Gazans want to leave Gaza permanently, more than half would still vote their Hamas leadership back in. Go figure that out. 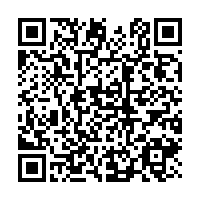