Israel’s Ambassador to Egypt, David Govrin, and the rest of the embassy staff returned to Cairo Tuesday to resume diplomatic activity in the country, eight months after the staff fled the country under concrete threats of an imminent attack.

Local media reported that Govrin and his staff were escorted from the airport under heavy guard.


Govrin was recalled to Jerusalem in late 2016 with a minimum of publicity. Five years earlier, in October 2011, embassy staff had to be rescued by Egyptian paramilitaries when a mob breached the perimeter wall around the embassy and threatened to break through to the building.

The move culminates several months of negotiations between Egyptian and Israeli security officials about securing the staff in a city that is virulently anti-Israel and passionately opposed to the peace treaty with Israel.

In both Cairo and Amman, Jordan, embassy staff live under virtual house arrest in order to minimize the possibility of attack. 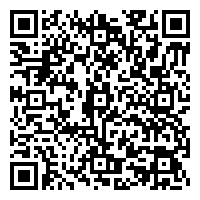