At least 305 people were killed and 128 injured during Friday’s massacre at the Al-Rawdah Mosque in Bir Al-Abd city, the capital of Bir al-Abd Markaz, on the international coastal road on the shores of Lake Bardawil in the Sinai Peninsula, known as the birthplace of the founder of Sufism Abdul Qadir Gilani.


No group has claimed responsibility for the attack as of Saturday afternoon, but Egyptian media outlets such as Al-Ahram have been saying the gunmen who perpetrated the attack belonged to ISIS.

It was the deadliest terrorist attack in Egypt’s recent history, and the victims included 27 children who were killed in the attack, according to Egypt’s prosecutor-general.

The prosecutor-general cited eyewitnesses who said that between 25 and 30 gunmen in masks and camouflage trousers, who carried the ISIS black flag, rode up to the mosque in five SUVs and started shooting at worshippers – just as the imam was starting the Friday sermon.

Egypt’s army said its air force launched strikes in North Sinai, destroying vehicles used by the terrorists to execute the attack, and killing their passengers. Terrorist hideouts were also targeted by the air force.

The air strikes come a few hours after Egyptian President Abdel Fattah el-Sisi vowed a “brute’ response to the attack on the mosque.

El-Sisi said that Egyptians will “derive hope and determination from such pain to triumph in the war against black terrorism,” which the president said Egypt was undertaking with all power and honor. The president offered condolences to the families of the victims, stressing that the “vile and treacherous” attack will receive a decisive punishment and the perpetrators will be brought to justice. El-Sisi vowed that “black terrorism” would receive a defeat on Egyptian territory.

President Donald Trump condemned the attack as “horrible and cowardly,” tweeting that “the world cannot tolerate terrorism, we must defeat them militarily and discredit the extremist ideology that forms the basis of their existence!”

Russian President Vladimir Putin sent a telegram of condolences to President El-Sisi, saying “the killing of civilians during the mosque prayer strikes one with its cruelty and cynicism. We can see once again that the human morality concept is totally alien to terrorists.”

Putin added that his country is ready to enhance its cooperation with Egypt in the fight against international terrorism.

UK Foreign Secretary Boris Johnson tweeted: “Deeply saddened by the abhorrent attack on a mosque in North Sinai, #Egypt. My sincere condolences to all those affected by such a barbaric act.”

Prime Minister Benjamin Netanyahu issued a statement saying “there is no difference between terrorism harming Egypt and terrorism harming other countries. Terror will be beaten more quickly if all countries work against it together.”

Deadly explosion rips through a mosque in northern #Sinai in #Egypt, killing scores of people pic.twitter.com/52XKoTy4wu 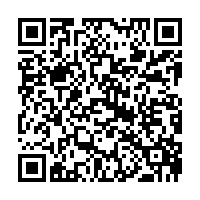