To remember survivors is to remember the Holocaust. By documenting their stories we can help keep their promise to never forget.

Their bravery, heroism and impact on others after the war can be viewed in two recent documentaries, “Destination Unknown” and “Big Sonia,” which opened (in theaters) in New York and Los Angeles last week.


“Destination Unknown” blends first-hand accounts and personal testimonies with rare film archives from the war time and family Super 8 footage from after the war, to bring the stories of twelve Holocaust survivors to the screen. They share their harrowing memories, some for the first time, some for the last, bringing their experiences to a new generation. We see those who survived in hiding, those who fought as partisans and those who endured camps such as Treblinka, Mauthausen and Auschwitz-Birkenau. While a few managed to escape, most had to try to find a way to stay alive until the end of the war. Their stories, as seen in this documentary, do not end with liberation; they had to survive the tormoil that came afterwards and attempt to build new lives.

Using only the survivors’ own words, the film weaves a vivid narrative of lives stained by genocide. It traces their journeys from the outbreak of war, through the misery of the ghettos, to the unimaginable horrors of the camps. Most important of all, we see light in the darkness as they make new lives from the ruins of the past.

The film “Big Sonia” features only one survivor, Sonia Warshawski, who brings much awareness of the Holocaust to people in areas who many never have known about it otherwise. Directed by Sonia’s granddaughter, Leah Warshawski, she follows her spunky and upbeat grandmother, one of the few remaining survivors of the Holocaust in Kansas City, as she shares her inspirational story of survival on speaking tours, from 8th grade students to prisoners, inspiring them profoundly. The colorful 90-year-old seamstress loves wearing and using animal prints – from her coat and hand bag to steering wheel and couch. Sonia’s artistic nature is also expressed in the documentary by showing animations when she recalls her experiences about the holocaust.

Sonia married a survivor, a tailor from Kansas City, who used to work alongside her in his tailor shop. Now that he’s no longer alive, she is the only one from the area talking about the Holocaust. She felt she had to speak for those from the past who could not. She says in the film that she had an awakening when hearing those denying the holocaust and realized this is reason she survived. She spreads a message of not hating, despite what she’s witnessed. “I was naïve that now people will really take out the hate of their hearts and respect you for who you are as a human being, but I was very very wrong,” Sonia says. “It tortures me so deeply when I hear and see that we are going backwards and the hate is still growing.”

One of the most moving moments is when she speaks to students, impacting them in ways they say they have never been reached – particularly one teenager who becomes deeply effected by Sonia’s talk and goes on to give her own talks about holocaust awareness.

Warm scenes show her running her late husband’s shop in an otherwise dead mall on the brink of closing, yet, as a true survivor, she remains open until its last breath because it provides a haven of connection to those she has come to know in a venue where she has tremendous impact on visitors. When the tailor shop is served an eviction notice, it poses a crisis for Sonia, who doesn’t want to lose the main thing that brings meaning and keeps her occupied every day. “I keep myself always busy and this helps me not think so much about what I went through,” she says in the film. Her customers, children and grandchildren share her legacy through poignant interviews. Her daughter, despite initial resistance about speaking on this topic,  has recently joined her mother’s lecture tours ensuring that “no one ever forgets.” Her son shares that “we were the rebirth of everything they lost.”

In “Destination Unknown” we meet a dozen diverse survivors. Ed Mosberg was born in Krakow, Poland. He was 13 when the war started and he is the only survivor from his family of parents, grandparents, uncles, cousins and two sisters. Mosberg and his wife were liberated 70 years ago from Mauthausen. The film opens with him, now an old man, garbed in a stripe jacket and hat from years earlier with a number and yellow star across the front. He is pushing his wheelchair bound wife through a crowd on his way to visit the camp. He shares through the interviews in this documentary that his wife asked why he never went back or talked about it before this trip that is filmed. He answered that it’s because “I lived in fear, but now when you’re getting older and don’t know how long you will live… this is why I go to these places… She will tell you that I never left the concentration camp, ” he narrates. “The pain is wherever I am because I feel the pain every single day. People see me and they ask what is it? How did you survive? It was only luck.”

In 2003, following a chance encounter with the son of a Holocaust survivor, producer Llion Roberts embarked upon a remarkable journey. Over the next 13 years he traveled the world, interviewing and filming Holocaust survivors. Some, like Mosberg, regularly returned to the camps in order to remember the traumatic events of the war. Others, like Mietek Pemper, Oskar Schindler’s accomplice, had previously refused to talk on film.

Gradually, a picture emerged of survivors who had each experienced a different horror, but who all shared the pain of living with the memory. In 2014, award-winning director & editor Claire Ferguson started to work with Roberts on a feature-length account of the survivors’ stories. “Destination Unknown,” a result of the entire fourteen year process, was completed in spring 2016.

There’s Victor and Regina Lewis, who were reunited at liberation, Helen Sternlicht who was rescued by Oskar Schindler and Pemper, Schindler’s right-hand man who risked his life to save others. Frank Blaichman, a partisan fighter, who left his family in the hopes of survival, Stanley Glogover, survivor of Auschwitz, Roman Ferber, liberated at Auschwitz and Eli Zborowski, who survived in hiding as a young boy. Zborowski says: “These people were really angels and not human beings, if it wouldn’t be a few people like them then you would think that there is no humanity at all.”

“I can forget what I had for breakfast this morning, but I can never forget what happened for the five and half years in the concentration camps,” said Marsha Kreuzman, liberated from Mauthausen. Neither should we forget. 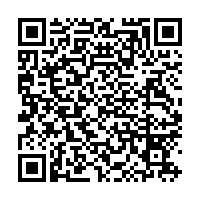