The first-ever Ambassador to Israel from the United Arab Emirates (UAE) arrived Monday for a three-day visit during which he presented his letters of credentials to President Reuven Rivlin in an official ceremony in Jerusalem.

The Emirate Ambassador landed this morning at Ben Gurion Airport and was received by the head of the ceremony department of the Ministry of Foreign Affairs, Gil Hashakel.

Today, I had the honor of presenting my credentials to HE Reuven Rivlin, President of Israel, as the first UAE Ambassador to the State of Israel. I look forward to representing my beloved country and working to strengthen cooperation and relations between our two countries. pic.twitter.com/smZ1SqXfar

The new UAE Ambassador also met with Israeli Foreign Minister Gabi Ashkenazi “to discuss the growing bilateral relations since the signing of the Avraham Agreements, as well as the expansion of cooperation in many areas,” he said.

During their conversation at the Foreign Ministry in Jerusalem, Ashkenazi told Al Khaja, “We have a historic opportunity to present a model of warm and comprehensive peace between countries and peoples. The opening of Foreign Ministry missions in Abu Dhabi and Dubai, and the opening of the Emirates’ Embassy in Israel are critical to establishing bilateral relations and promoting peace.

“I am happy to see the rapid warming of relations between the countries, and the realization of the vision of peace between cultures and people. ”

The UAE delegation is expected to visit the Yad Vashem Holocaust memorial center on Wednesday in Jerusalem. 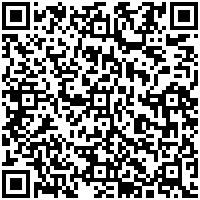