Although there have been phone conversations between the ministers, this is the first public face-to-face meeting between the two.


Last week in his address at the United Nations General Assembly, the UAE foreign minister reiterated his nation’s “firm demand” for the establishment of a so-called “Palestinian state” based on pre-1967 borders with “East Jerusalem” as its capital.

According to Israel’s Kan News public broadcasting network, both men are also slated to visit the local Holocaust Museum together, in addition to their talks. 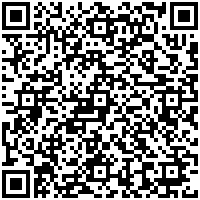