Hagee, 80, is the founder and chairman of the Christians United for Israel (CUFI) organization, which encourages members to stand in defense of Israel and the Jewish People.


A fifth generation pastor, Hagee is responsible for donations to hospitals in the Jewish State totaling tens of thousands of dollars.

The megachurch pastor was diagnosed with the virus this past Friday, his son — Pastor Matt Hagee — said Sunday during an online church service.

His son added the virus was caught early, and that his father is “feeling well enough to be frustrated with everybody in a white coat and stethoscope.” He asked the congregation to pray for his father, along with anyone else ill with the virus.

“He wanted me to tell you that he covets your prayers and that he asks you to pray for him daily,” the younger Hagee reported. “As it is a reality in our lives, we also have a promise that we serve a God who is a Healer.” 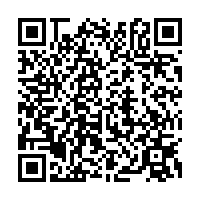