The Israeli embassy in Abu Dhabi officially opened on Sunday with the arrival of the Head of Mission Eitan Na’eh, Israel’s former envoy to Turkey.

The Israeli embassy in the United Arab Emirates (UAE) will “promote the full range of relations between the two countries in all areas, and expand ties with the Emirati government, economic bodies and the private sector, academic institutions, the media, and more,” the Israeli Foreign Ministry stated.


Until a permanent location is found, the embassy will operate from temporary offices, which will be inaugurated in the coming days.

This crucial step is an additional phase in the implementation of the Abraham Accords and of the series of agreements that have been signed since.

Foreign Minister Gabi Ashkenazi wished Na’eh and the embassy staff “success in their first steps, which they are taking in the name of the State of Israel in Abu Dhabi.”

“The opening of the mission will enable the expansion of bilateral ties between Israel and the UAE, and the full and quick implementation of the potential inherent in our relations.”

In the meantime, the Emirati government approved a motion on Sunday to open an embassy in Israel.

During a Cabinet meeting chaired by Sheikh Mohammed bin Rashid Al Maktoum, Vice President, Prime Minister and Ruler of Dubai, the government approved the establishment of an embassy in Tel Aviv.

Ashkenazi welcomed the Emirati decision as “an important decision that will facilitate the promotion of the warm ties between our countries and peoples. We look forward to receiving representatives of the UAE soon”.

The Israeli Liaison Office in Rabat, Morocco, and the Consulate General of Israel in Dubai are expected to open in the coming days. This is in addition to the Israeli embassy in Manama, Bahrain, which has already been active for several weeks.

The UAE and Bahrain signed a historic peace agreement at the White House on September 15, the first agreement to be signed between Israel and an Arab country in 25 years. 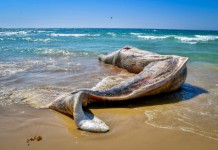 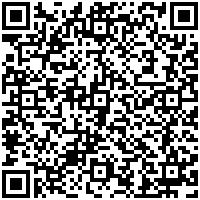