In an interview he gave Walla against the background of the largest IDF exercise maneuvers in recent memory alongside the northern border with Lebanon and Syria, IDF Chief of Staff Lieutenant General Gadi Eizenkot said that the feisty speeches being carried by Hezbollah leader Hassan Nasrallah from the safety of his underground bunker do have much of an effect on the Israeli army.


Gadi Eizenkot was born in Tiberias, in northern Israel, the second of four children born to Ester and Meir, Jewish Moroccan immigrants from the town of Safi. His mother was born in Casablanca, and his father in Marrakesh. Eizenkot grew up in the southern port city of Eilat, and studied at Goldwater High School, majoring in naval studies, but eventually enlisted in the Golani infantry brigade. He earned a BA in history from Tel Aviv University and attended the United States Army War College for a master’s degree. He lives in Herzliya with his wife Hannah, an architect, and their five children.

Regarding Israel’s tenuous relationship with Russia on the Syrian front, Eizenkot said, “The IDF is working intensively to prevent the intensification efforts of our enemies,” meaning the IAF bombings of both conventional and nonconventional weapons to prevent their transport to Lebanon to be used by Hezbollah.

“We have managed to build a mechanism with the Russian army in which we cooperate to prevent friction between our two armies,” Eizenkot continued. “From a two-year perspective, this has been a very efficient mechanism, which includes a 24/7 hotline, as well as [Russian] coordination with me every few weeks that ensures we defend our interests while not hurting friendly forces.”

The Chief of Staff added that early warnings have been given to the Russians when the situation called for it. He praised the IDF’s “remarkable intelligence that provides us with great freedom of action.”

He explained that “the chemical disarmament that took place almost three years ago has curbed a large part of [Hezbollah’s] ability to import chemical weapons from Syria. However, we know that there is still some capacity [for moving nonconventional weapons to Lebanon].”

“We know that chemicals are in use as part of the fighting,” Eizenkot stated. “In places where we know this is going on, we announce it and contribute to the understanding that the international community has about the use of chemical weapons against civilians – a [war crime] in itself.”

“I think we were right to take steps against Syria,” the Chief of Staff concluded.

Regarding Prime Minister Netanyahu’s pressure on the United States alter or cancel altogether its nuclear deal with Iran, the Chief of Staff made it clear that on Iran there is no daylight between the political echelon and the IDF.

“We have a common goal – to prevent Iran from becoming a regional North Korea,” he said. “It is an effort by the State of Israel, by the moderate Sunni states in the Middle East, and by the entire world.”

“Iran has been the main threat to Israel in the last decade,” he elaborated. “The Iranian threat has several components, one of which is the nuclear efforts, the other is a long-range, high trajectory weapon, and the third is the regional influence efforts [through proxies].” And since “Iran’s goal is to reach a nuclear capability out of a perception of itself as a regional power, therefore the effort to thwart the Iranian nuclear threat is at the top of the IDF’s priorities – before and after the nuclear agreement.”

Eizenkot denied reports that Israel’s request from Russia and the United States to create a buffer of some 40 miles separating Iranian forces in southern Syria from Israel’s border had been turned down. “Our demand was not answered in the negative,” he insisted, explaining that discussions of the matter are still going on.

“Our immediate demand was to remove them from the border between Israel and Syria and today there are no Iranian forces or Hezbollah forces near the border,” Eizenkot stated, explaining this was relatively simple to achieve: “We announced that anyone approaching the Israeli border would endanger themselves. This message has passed on and we do not see Iranian forces on the Golan Heights. We have intelligence. We know better than others what is happening in the region.” 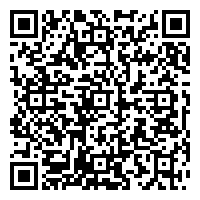