Hezbollah’s Secretary-General Hassan Nasrallah addressed the ratification of the agreement between the two countries on Thursday at the opening ceremony of the “My Country” market in Beirut’s Dahiya neighborhood.

Here are a few key points from his speech:

1. I am announcing the end of the state of readiness that Hezbollah was in, (following tensions – Abu Ali) regarding the border demarcation issue.

2. This is a great great great victory (in these words – Abu Ali) for the state of Lebanon, for its citizens, and for the “resistance”.

3. The agreement was reached without any concessions regarding normalization. The delegations didn’t sit under the same roof at any stage. Lebanese officials behaved in a precise manner, there isn’t even a document which has the signatures of both parties, something that could appear as a sign of normalization.

4. The agreement doesn’t count as an international contract, or as normalization with Israel. (Israel – Abu Ali) admitted (that the agreement – Abu Ali) doesn’t provide it security guarentees (in regards to its maritime border with Lebanon – Abu Ali).

5. Today, Lebanon completed an important chapter towards a new phase.

Hezbollah’s leader is expected to speak again this Saturday at 8 PM (local time). 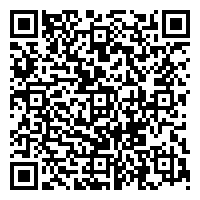