The United States has welcomed Serbia’s announcement this weekend that it will designate the Iranian proxy Hezbollah as a terrorist organization.

The State Department said in a statement the announcement is “another significant step limiting this Iranian backed terrorist group’s ability to operate in Europe.


“There is no doubt that the dominoes are falling on Hezbollah’s European operations, where it has continued to plot terrorist attacks, procure military technology, and raise much needed funding,” the statement said.

“We urge all countries in Europe and elsewhere to take whatever action they can to prevent Hezbollah operatives, recruiters, and financiers from operating on their territories,” the statement continued.

Both Germany and Lithuania had already designated Hezbollah a terrorist organization earlier this year.

Serbia announced last week it would relocate its embassy in Israel to the capital of the Jewish State, Jerusalem, as part of a Trump-led initiative to normalize economic relations between Belgrade and Kosovo, two former enemies.

However, a source close to Serb President Aleksandar Vučić told a Jerusalem Post reporter Lahav Harkov a few days later that “Serbia will not move its embassy to Jerusalem if Israel recognizes Kosovo as an independent country,” and that “this move by Israel would harm the otherwise intimate relationship between Israel and Serbia and it will never be the same.

Moreover, the European Union warned Serbia and Kosovo that moving their embassies in Israel to Jerusalem, as President Donald Trump announced last week, would jeopardize their chances to be accepted as members of the EU. 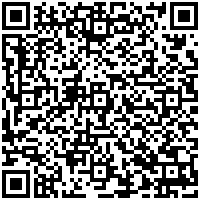