Hundreds of students marched at Tehran University as Iranians reported nationwide disruption of cell phone service and internet shutdowns. Incoming international calls were blocked in some neighborhoods in Tehran as anti-government protests entered their fourth day, continuing to swell, and to spread across Iran.


Crackdowns also began, as did government disinformation, with reports by semi-official news agencies claiming “Tehran is calm” and “only 200 are demonstrating.” But Ali Asghar Nasserbakht, a security deputy for the governor of Tehran, told the semi-official ILNA news agency that early Sunday 200 protesters were arrested the previous night in the Iranian capital.

“These individuals are now with the judiciary and some others have been freed out of clemency,” he claimed; but their true fate is impossible to discern.

Tens of thousands of protesters across the country have risen up against their government, however, chanting things like, “Let go of Palestine” and “Death to Hezbollah.” They are complaining about high unemployment, biting economic standards and the price the average Iranian has to pay for its government’s choice to support Syria, Hezbollah, Iraq and Yemen.

At least 10 Iranian protesters were killed in the town of Dorud, located just a few miles southwest of Tehran.

Government officials claimed “armed foreign agents” were responsible for the murders, but eyewitnesses were quoted on the Twitter social networking site as saying a contingent of Islamic Republic security forces “flown in from Tehran” to Dorud killed the protesters.

The above video footage was posted by NasimOnline.ir to the Telegram messaging service just before access to that and Twitter was blocked as well.

Earlier in the day on Sunday hundreds of students at Tehran University gathered to protest severe economic conditions in the country, and to call for the resignation of President Hassan Rouhani.

The Islamic Republic has blamed Israel, the United States and Britain for the protests. But demonstrators are pointing their fingers at the government for spending too much money on support for the Palestinian Authority and the Hezbollah terrorist organization, among others.

Iranian investment in regional hegemony is coming at the expense of domestic survival say the nation’s citizens.

Protesters have been tearing down pictures of Supreme Leader Ayatollah Ali Khamenei – a capital offense – as well as pictures of Qassem Solemani, the head of the Iranian Revolutionary Guards Qods Force in Syria, Iraq and Yemen.

U.S. President Donald Trump has so far been the only foreign leader other than Israel’s Prime Minister Benjamin Netanyahu to bluntly speak out against the Iranian regime’s heavy-handed response to the protests.

Trump tweeted his support directly to the Iranian people, further infuriating the Tehran government, saying the “entire world understands the good people of Iran want change, and that Iran’s people are what their leaders fear most,” other than the military power of the United States.

“We are following reports of multiple peaceful protests by Iranian citizens in cities across the country,” State Dept. spokesperson Heather Nauert said in a briefing. “Iran’s leaders have turned a wealthy country with a rich history and culture into an economically depleted rogue state whose chief exports are violence, bloodshed and chaos. As President Trump has said, the longest-suffering victims of Iran’s leaders are Iran’s own people.

“The United States strongly condemns the arrest of peaceful protesters….

“Secretary Tillerson reiterates the United States’ deep respect for the Iranian people. We call on all nations to stand with us in demanding the regime respect their basic human rights.” 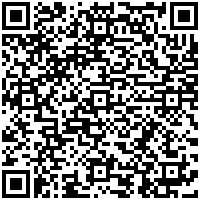