International Atomic Energy Agency (IAEA) director general Rafael Grossi arrived in Tehran on Saturday to stave off the implementation of Iranian legislation that aims to prevent inspections of and block surveillance cameras at the nuclear sites, AP reported on Sunday.

The inspections and cameras are elements of the “Additional Protocol” between Tehran and the IAEA, as part of the Joint Comprehensive Plan of Action (JCPOA)—the 2015 Iran nuclear deal, the report noted.


The law, passed by the Iranian parliament in November, states that if the other parties to the JCPOA do not fulfill their obligations by Feb. 21, the Additional Protocol, among other parts of the agreement, will be cancelled.

Ahead of his trip, Grossi tweeted: “Tomorrow I travel to Tehran to meet with senior Iranian officials to find a mutually agreeable solution, compatible with Iranian law, so that the @IAEAorg can continue essential verification activities in Iran. Looking forward to success—this is in everybody’s interest.”

In an interview with Iranian state-run Press TV during Grossi’s visit, Iranian Foreign Minister Mohammad Javad Zarif said that in taking the steps spelled out in the legislation, Iran was not violating the JCPOA, but implementing the “remedial steps” that it is entitled to take according to the agreement.

Zarif was referring to paragraph 36 of the JCPOA, which allows either party, after a lengthy review process, to “cease performing its commitments” if another party fails to comply with the agreement. Iran maintains that the U.S. is in violation of the agreement due to the sanctions imposed on Tehran by the Trump administration, which withdrew from the agreement in 2018.

Zarif told Press TV that Iran’s moves are reversible, but only if the United States lifts the sanctions, adding that Tehran would not accept a U.S. return to the JCPOA without a lifting of the sanction. He also reiterated that Iran is is obliged by law to continue its “retaliatory nuclear steps” if the U.S. refuses to lift the sanctions. 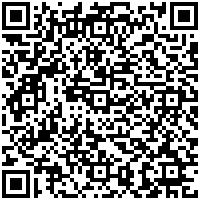