Egypt’s Minister of Energy, Tarek El Molla, arrived in Israel on Sunday for an official visit, the first by an Egyptian minister to the Jewish state since 2016, when Foreign Minister Sameh Shoukry visited.

“Egypt is a strategic partner of Israel, and I am glad that the cooperation in the field of energy between the countries and the region is expanding,” Ashkenazi told reporters in remarks ahead of his meeting together in a joint briefing with El Molla. “Egypt has a key role to play in ensuring peace and stability in the Middle East. Egypt was the first country with which Israel signed a peace agreement that led to further agreements,” he pointed out.

“I am confident that the normalization agreements and the change of the regional paradigm will also help to expand and deepen cooperation with other countries,” Ashkenazi added, with a smile towards the Egyptian minister. “I hope your visit will open the door to visits and collaborations in other areas.”

El Molla arrived in Israel to hold talks on the East Mediterranean Gas Forum (EMGF) he co-established with Steinitz about two years ago, with the objective of promoting regional projects.

Netanyahu stated at the meeting with El Mollah that “this is an important day that symbolizes the ongoing cooperation between us on energy and many other issues.

“There is a new era of peace and prosperity in the region with the Abraham Accords. It began with the historic peace agreement between Egypt and Israel, but now it has become something that can improve the economic situation of all the peoples of the region. We think this is a tremendous opportunity for regional cooperation – Egypt, Israel and the other countries,” he stated.

“We are a regional energy center. Together we can satisfy not only our needs but also the needs of many other countries,” he added.

Steinitz said the visit “is of historical importance, as the establishment of the Regional Gas Forum and the export of natural gas to Egypt symbolize the most significant economic cooperation between Egypt and Israel since the peace agreements were signed some 40 years ago.”

Italy, Greece, Jordan, Israel, Egypt, Cyprus, and the Palestinian Authority are members of the EMGF.

Some 35 trillion cubic feet of gas have been found in Israeli waters, worth some $500 billion.

These crucial discoveries are enabling Israel to become energy independent and have also turned Israel into a major player in the international energy-exporting market.

The Israeli government is expected to earn NIS 17 billion in royalties from the gas discoveries. Additionally, the windfall profits levy is expected to reach up to 10 billion a year by 2040.

The Israeli government approved in December 2019 the export of a total of 60 billion cubic meters (bcm) of natural gas from the Leviathan gas field, and 25 bcm from Tamar, over the next 15 years.

The expected amount of exported natural gas is valued at approximately $15 billion.

In a historic event, Israel began pumping gas to Egypt in January 2020.

This also allows Israel to export some of its natural gas to Europe through Egypt’s Liquefied Natural Gas (LNG) facilities and promote Egypt’s status as a regional gas hub.

Israel further has a signed deal with Greece and Cyprus to build a natural gas pipeline that will supply gas from the East-Mediterranean region to continental Europe. 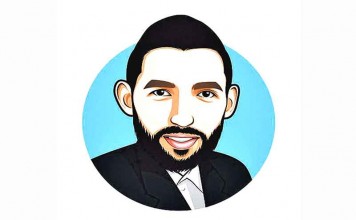 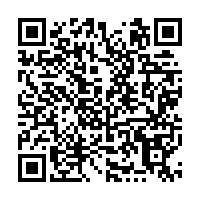