Iranian plans to launch a satellite into orbit Sunday — which the United States has said is cover for Tehran’s ballistic missile development program — went awry for the third time in a year.

The launch of the Zafar 1 satellite (“Victory”), which took place at the Imam Khomeini Spaceport in Semnan province, 145 miles (230 km) southeast of Tehran, did not succeed, according to Iranian state television.

The Simorgh (“phoenix”) rocket was unable to put the “Zafar 1” (“Victory”) communications satellite into orbit due to low speed, according to an Iranian state television report.

There have been two other failed launches, one for the Payam satellite and the other for the Doosti satellite, both in the last year. Three researchers were killed in a fire at the space center in February 2019 as well.

Iranian state television had also announced the Islamic Revolutionary Guard Corps (IRGC), which is in charge of the nation’s missile program, unveiled a new short-range missile this weekend.

The United States has expressed concern that the long-range ballistic missile technology being used to put satellites into orbit can also be used to launch nuclear warheads.

Tehran denies that is program is being used for anything other than defensive purposes, but its actions belie those words. Israel’s international Mossad intelligence agency uncovered and retrieved a vast amount of nuclear development program files in a secret operation carried out in Tehran two years ago, proving the lies told by the Iranian leadership.

In a followup investigation, the International Atomic Energy Agency found more evidence of Iranian violations of its nuclear pact with world powers last year as well.

The newest missile, unveiled Sunday, is called the Raad-500 (“thunder” in Farsi) and was produced in Iran. It weighs half as much as the Fateh-110 missile, which is similar, but has a range that is about 120 miles farther (200 km).

This new short-range missile may be powered by a new generation of engines designed to put satellites into orbit, Reuters reported. 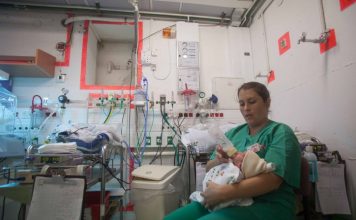