The head of Iran’s Atomic Energy Organization reportedly stated on Monday that the country would keep the U.N. nuclear watchdog’s cameras off until a nuclear deal is reinstated.


“The claimed PMD [possible military dimensions] cases and locations were closed under the nuclear accord, and if they [the West] are sincere, they should know that closed items will not be reopened. The basis of the nuclear accord was a response to these alleged cases,” Eslami was quoted by state media as saying.

A resolution condemning Iran for failing to provide an explanation for uranium traces discovered at three unreported sites was passed by the IAEA in June. Following that, Iran notified the IAEA that it was taking down equipment, including 27 cameras set up as part of the 2015 nuclear agreement.

“We will not turn on the IAEA cameras until the other side returns to the nuclear deal,” said Eslami.

He added that “we will decide about the … cameras added under the nuclear deal after the Westerners return to the accord, and we are sure they won’t do anything mischievous.”

If a new nuclear accord with Tehran is reached, it will be “difficult” to reconstruct Iran’s recent actions, Grossi said during an interview on Friday reported by Reuters. 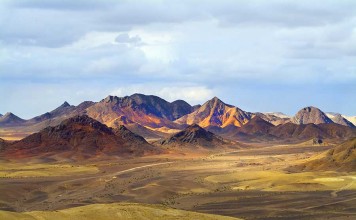