[Update: 3:00 AM IST]
Multiple Middle Eastern sources are reporting a massive explosion took place around midnight, on Thursday night/Friday either in or near the Iranian capital city of Tehran. Speculation is rife as to the cause and exact locations of the explosions. The Arabic language Shehab News Agency tweeted “A big explosion was heard in Tehran,” but did not provide further details.”

The event in Tehran was described as a “loud explosion, followed by a bright light that was as light as day,” according to MidEast blogger/analyst NZIV. [Videos below.] According to the MidEast blogger/analyst Abu Ali Express, Iranian officials have admitted there was an explosion. He added that a senior official in the Iranian emergency services claimed that ambulances have not yet been called out to the area of the explosion.

Sources reported a power outage in the city of Shiraz as well, approximately an hour before the explosion near Tehran, leaving 1.2 million households without electricity. Again, the speculation is that was due to an explosion or incident at a Shiraz power plant.

ISNA, The government-controlled Iranian Student News Agency is claiming it was an explosion and fire at an industrial fuel facility. [See video at the bottom of this article.]

“Nour News close to the Iranian regime:
The images that were circulated as an explosion in the eastern region of Tehran are linked to an explosion of an industrial gas tank on the outskirts of one of the Ministry of Defense centers and has nothing to do with military installations.”

Meanwhile, consensus has been building on social media that the explosion may have taken place at a military base in or near Tehran, where suspected nuclear activity was being conducted and where UN International Atomic Energy Agency IAEA) inspectors were barred from entry by Iranian authorities.

The Parchin military complex is located just 20 kilometers (about 12 miles) southeast of downtown Tehran. Again, this is just speculation.

Reports that the explosion in Iran happened at Parchin–a military base where Iran has conducted nuclear activity.
No official comment

Parchin is a facility for the testing and manufacturing of conventional explosives; IAEA inspectors were looking for evidence of the kind of explosives testing consistent with nuclear weapons research and development. As far back as November 2011, the IAEA reported that it had “credible” information that Parchin was being used for implosion testing. The agency sought additional access to Parchin, but was denied entry by Iranian authorities, as per Wikipedia.

Alternative theories include claims that the explosion was at a power plant near Tehran, or that it was some kind of fuel, possibly rocket fuel. As can be expected, the explosions were quickly blamed on Israeli cyberattacks, which might say more about the state of mind of everyone following Iran, as opposed to what actually happened.

Sources reported a power outage in the city of Shiraz as well, leaving 1.2 million households without electricity. Analysts speculated that was due to an explosion at a power plant.

Just as a side note, we had explosions of power stations in Shiraz an hour ago. Whether it has anything to do with it I do not know.

Some rumours talk of a cyber attack by Israelis on power infrastructure in Iran.

Update: on Friday morning, Iranian TV showed video footage of what they claimed was the industrial fuel storage facility that blew up. 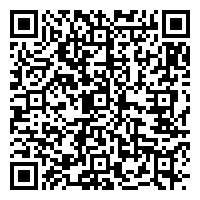