The Shin Bet on Wednesday announced the arrest of three Arabs from Hebron who had been recruited by Iranian Intelligence to carry out missions in Judea and Samaria. The main detainee is Muhammad Maharma, 29, a computer engineering student.

Maharma recruited two Arabs from Hebron, Nur Maharma and Diaa Sarahna, both 22, who agreed to operate in a terror cell under Iranian direction. Maharma received $8,000 from the Iranians in exchange for their recruitment.

According to the announcement, Muhammad Maharma visited South Africa in 2015, and was then recruited by his relative. In addition, Bahar Maharma introduced Muhammad several times to Iranian officials, “some of whom came from Tehran to meet him.”

Maharma was assigned to recruit a suicide bomber and a cell that would carry out shooting attacks against Israelis. The Shin Bet also suspects that he was told to open a computer store he would use as a center for intelligence gathering.

The Iranians offered Maharma a training course in explosives, and ordered him to recruit an Israeli Arab citizen for photographic missions inside Israel. He was also told to recruit Israeli Arab journalists, with access to Israeli officials.

Prime Minister Benjamin Netanyahu commented on the foiling of an Iranian-sponsored terrorist network:

“The Israel Security Agency (ISA), with the assistance of the IDF, exposed and foiled a terrorist network in Judea and Samaria that operated under the aegis of Iranian intelligence. This is not the first time. They are trying various methods, and in various fields, to attack the State of Israel. I am pleased that the ISA and our security services have succeeded in foiling it.

When publishing a deceased person’s writings, may one censor some amount of material? 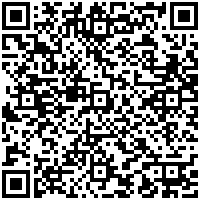