IDF Chief of Staff Gadi Eizenkot on Tuesday surveyed the immediate and strategic threats Israel faces on the northern front, which includes the Syrian and Lebanese sectors along with the various armed militias, including Hezbollah; the Iranian threat against Israel; the Judea and Samaria region; the Gaza Strip, which is controlled by Hamas and independent armed terrorist militias; and the ISIS terrorist groups in the Sinai Peninsula.

Eizenkot was critical of the IDF’s ability to meet its security challenges in light of various processes in Israeli society, including recruitment data and the motivation to enlist, the radicalization of politicians’ rhetoric at the expense of the military, and the tension between the IDF as the People’s Army and the need to develop models military professionalism.


The Chief of Staff made these notes in his opening lecture of the sixth annual conference in memory of the late Maj. Gen. Amnon Lipkin-Shahak at the Radzyner School of Law at the Interdisciplinary Center Herzliya and the National Security College. The conference is dedicated to “The IDF and Israeli society,” and Eizenkot’s lecture was on “The challenges facing the IDF in its seventh decade.”

Regional changes have led to a situation in which “the explosive and security margins have greatly diminished,” according to Eizenkot, meaning that every front with which Israel is dealing, has “the capacity to reach a rapid escalation.”

“Each of the significant security events that the State of Israel has faced in the past decade,” he said, referring to the 2014, 2014, and 2008–09 Gaza wars, the 2006 Second Lebanon War, and more minor rounds, grew out of seemingly minor incidents, which indicates the ever-present possibility of “reaching a broad escalation that stems from local, tactical incidents. Which also attests to the great explosiveness that exists today along the borders.”

“This requires a very large defense capability, a strong and alert army, and, most important, it requires an intelligent policy regarding the use of force,” he said.

The Chief of Staff stated that “we can’t ignore the fact that Hezbollah, the Shiite militias and Iran perceive themselves on the winning side in Syria, together with Bashar Assad, and share his desire to return to the Golan Heights. Iran wants to exploit its success and desires to establish itself in Syria, on land, air and sea.”

According to Eisenkot, Israel is currently engaged in military and diplomatic efforts to prevent the consolidation of its enemies’ base in Syria. He suggested that Israel should align with “a broad coalition that has reason to prevent Shiite militancy and hegemony in Syria.”

“Such a Shiite presence would be a sign of bad things to come for the Syrian people, the State of Israel and the European countries,” he said.

Eisenkot declared that the Israeli interest in Syria is “to push Iran back to Iran.” To this end, it must deal with a reality in which more than 2,000 Iranian experts are present in Syria, alongside close to 10,000 Shiite militia fighters “mostly Iraqis and Afghans,” and close to 8,000 Hezbollah fighters. 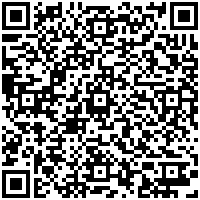