Blinken told reporters the US and its European partners have been studying Tehran’s latest response to the European Union’s most recent proposal and some of the gaps had been closed in the past weeks. “Iran had moved away from some extraneous demands, demands unrelated to the JCPOA itself,” he said.

“However, the latest response takes us backwards, and we are not about to agree to a deal that doesn’t meet our bottom line requirements and/or that tries to continuously introduce extraneous demands that are not relevant to the JCPOA itself,” Blinken said.

“If we conclude a deal, it’s only because it will advance our national security. . . and what we’ve just seen again would appear to move us backward, not forward,” he added.

‘Serious Doubts About Iran’s Intentions’
Diplomats from the so-called E3 – France, Britain and Germany – also told reporters Saturday that Iran’s latest response (a demand to close a probe by the United Nations’ nuclear watchdog agency into unexplained uranium traces) was a step backwards.

“This latest demand raises serious doubts as to Iran’s intentions and commitment to a successful outcome on the JCPOA,” said representatives of the three nations.

“Unfortunately, Iran has chosen not to seize this critical diplomatic opportunity…Instead, Iran continues to escalate its nuclear program way beyond any plausible civilian justification.

“Given Iran’s failure to conclude the deal on the table, we will consult, alongside international partners, on how best to address Iran’s continued nuclear escalation and lack of cooperation with the IAEA regarding its NPT (non-proliferation treaty) safeguards agreement,” the E3 statement added.

Iran Has Enough Enriched Uranium for an Atomic Bomb
The UN’s International Atomic Energy Agency (IAEA) warned this week that Iran’s stockpile of uranium enriched to 60 percent purity – a short hop from the 90 percent purity needed for a nuclear weapon – has reached an amount that would suffice for an atomic bomb.

The IAEA said Wednesday in a report seen by the AFP and Reuters news agencies that it was “not in a position to provide assurance that Iran’s nuclear program is exclusively peaceful.”

According to a senior diplomat who spoke with Reuters, “Iran now can produce 25 kg [of uranium] at 90 percent if they want to” – enough for a nuclear bomb. The diplomat added that it would take Iran three to four weeks to produce the material for a bomb. It would take the IAEA two to three days to detect a move in that direction.

Iran also has yet to explain traces of uranium found at three undeclared sites, an issue under investigation by the IAEA. Tehran wants the agency to close that probe. The nuclear watchdog, however, has declined to do so — an issue that has become Iran’s latest excuse for holding out on reviving the nuclear agreement.

“The Director General is increasingly concerned that Iran has not engaged with the Agency on the outstanding safeguards issues during this reporting period and, therefore, that there has been no progress towards resolving them,” according to a second IAEA report also issued Wednesday and seen by Reuters.

IAEA and Western powers have pointed out the closure of the agency’s probe has nothing to do with the 2015 JCPOA nuclear deal. They also insist Iran is obligated to clear up the issue as a signatory of the nuclear Non-Proliferation Treaty.

“We regret that Iran has not seized the opportunities offered by the director general to engage and shed light on the presence of non-declared nuclear materials at non-declared sites,” France’s spokesperson, Anne-Claire Legendre, told reporters Thursday in a daily online briefing. 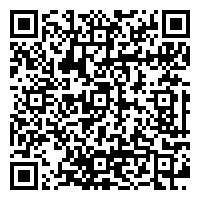