About 2,000 workers from Jordan have begun to work in Israeli hotels in the southern resort city of Eilat this week, entering and exiting Israel daily to work in the tourism industry in the area, which has returned to full operation after weathering the COVID-19 crisis.

Following the government decision made about two months ago, the Jordanians commenced work in Israel on Monday, with the aim of improving the standard of service provided to vacationers in the hotels in Eilat.

The entry of Jordanian workers into Israel is now enabled on a daily basis, after the obligation to stay overnight that was established about two years ago following the Coronavirus pandemic was canceled.

The Ministry of Tourism noted that the staff shortage in hotels in a variety of positions is one of the most challenging problems for hotel operations in Israel, a problem that increases during the high season for tourism.

The challenge is now even more significant with the recovery of the Israeli tourism industry from the Corona crisis, and in light of the increase in the number of incoming and domestic tourists in Israel.

In tourism, as in other industries in the economy, it is extremely difficult to recruit Israeli workers, regardless of the salary level, the Ministry noted. There is also a shortage of professional workers for jobs that require training, such as cooks, and waiters.

The Ministry of Tourism “intends to continue working to assist in the recruitment of employees and increasing employment opportunities in the tourism industry – this, in order to improve standards of service,” it stated.

Minister of Tourism Yoel Razvozov said that “the plight of hotel workers needed a quick solution, and the government decision we passed is precisely the tool most effective for this. Thanks to the entry of Jordanian workers to work in the hotels in Eilat, as well as the reduction of costs for employers in recruiting additional foreign workers who entered Israel, the hoteliers can once again do what they are best at, and that is hosting guests. Now, immediately, hotel owners will be able to offer a better standard of service to vacationers.”

In July, just over four months since Coronavirus restrictions limiting entry into Israel were lifted, Israel welcomed the one-millionth tourist in 2022, indicating an apparent rebound of the industry that was heavily battered by the pandemic.

Israel’s tourism industry was badly affected by the pandemic but the current recovery in incoming tourism is now exceeding forecasts. The number of incoming tourists is increasing, and with it, income from tourism into the Israeli economy.

According to the statistics released in July, the country recorded 244,500 tourist entries in June 2022, just 33% less than the record set in June 2019. Based on the recovery trend in incoming tourism, it is expected that up to two million tourists will arrive in Israel by the end of 2022.

Israel set a record in tourism in 2019 with about 4.55 million visits, injecting about NIS 20 billion into the Israeli economy. 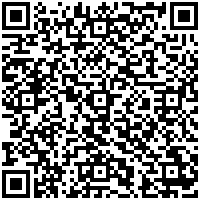