Hezbollah leader Hassan Nasrallah has demanded a Lebanese government portfolio for the “March 8” group, a Sunni ally of his Iranian-backed guerrilla organization.

Speaking to his followers in a televised speech on Saturday, Nasrallah also warned Israel – again – that any attack on Lebanon would elicit a “response” from Hezbollah. He urged the Beirut government to withstand diplomatic pressure over Hezbollah’s rocket arsenal.

Western-backed Lebanese Prime Minister-designate Sa’ad Hariri, however, has declined to allocate any cabinet seats to Sunni allies of Hezbollah, regardless of Nasrallah’s demands.

A new government must be formed before Lebanon can make any of the needed fiscal reforms said by the International Monetary Fund to be required in order to improve the country’s debt sustainability.

So far, political infighting has prevented the formation of a government for the past six months – much of which is due to Hezbollah’s demands for a seat in the cabinet.

“We were sincere when we spoke of a national unity government,” said Nasrallah in his speech, according to Reuters. “There is no national logic, or moral logic, or legal logic . . . for anyone in Lebanon to come out and say ‘It is forbidden for the ‘March 8’ Sunnis to be represented in the Lebanese government.’

“If it is forbidden, come let’s talk again from the start,” he added. “We don’t want conflict, or tension, or escalation.”

Lebanese President Michel Aoun, a political ally of Hezbollah, in this particular instance is siding with Prime Minister Hariri and has offered to find a “solution” to the problem.

Hezbollah is listed by the United States as an international terrorist organization. In the recent May 6 national election, its supporters won more than 70 of the 128 seats in Lebanon’s parliament. 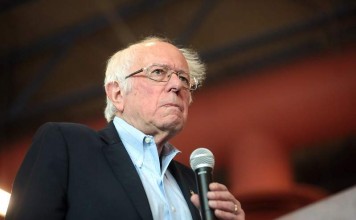