The real back story of Sunday’s conflict between Israel and the Iranian-backed Lebanese Hezbollah guerrilla force doesn’t look anything like the wounded IDF soldiers the Al Mayadeen network was crowing about.

The Israel Defense Force took the Middle Eastern art of psychological warfare to a new height on Sunday — completely hoodwinking Hezbollah into believing it had wounded and possibly even killed a number of Israeli soldiers.

The dramatic scenario was planned from the ground up, even as far as treating “wounded” on site and rushing them to a combat helicopter, where they were immediately flown to Rambam Medical Center in Haifa, and attended to in the emergency room – scrupulously monitored the entire time by Hezbollah terrorists.

The terrorists then boasted via the group’s media network that Israel had suffered significant losses in their attack, carried out as “vengeance” for an earlier Israeli operation in Syria.

Hezbollah was planning to release a video of its “successful anti-tank missile attack on an Israeli military vehicle” to prove the truth of its claims of casualties, when the deception was revealed. 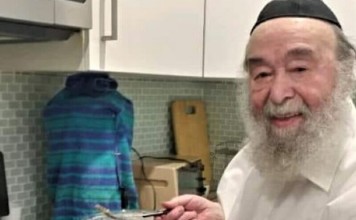