More than 1,700 Iranians have been arrested by the country’s Revolutionary Guard Corps, according to Radio Free Europe, and at least 22 are confirmed killed according to multiple international media reports after more than a week of the biggest anti-government protests in a decade.

The unrest is continuing to rock the country despite claims by IRGC forces who say that the protests “are over” after tens of thousands of Basij forces, Iranian police and Intelligence Ministry personnel were deployed by the government to quell the unrest.


Iran’s government has blamed the United States, Britain, the “Zionist entity” (read: Israel) and Saudi Arabia for the unending protests calling for the overthrow of the Tehran government.

The United Nations held a special session on the Middle East this past Friday in response to a request by the United States for a meeting on the protests. One day earlier, the U.S. Treasury imposed sanctions on five Iranian companies alleged to be working on the Islamic Republic’s ballistic missile program.

“These sanctions target key entities involved in Iran’s ballistic missile program, which the Iranian regime prioritizes over the economic well-being of the Iranian people,” said Treasury Secretary Steve Mnuchin. He added that Iran invests its funding in terrorist groups and cited human rights abuses by the Tehran government.

Nasrallah said Iran had financed Palestinian Authority Arab riots and other unrest in Jerusalem, Judea and Samaria aimed at destabilizing the situation in Jerusalem following U.S. President Donald Trump’s recognition of the holy city as the capital of Israel, and his order to the State Department to begin preparations to move the American Embassy from Tel Aviv to Jerusalem. 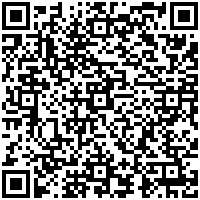