Israel formally reached out Tuesday evening to offer its assistance to its neighbor in the north after a double explosion killed dozens of its citizens and wounded thousands more.

Under the guidance of the @Israel_MOD and @IsraelMFA, Israel has offered to send humanitarian & medical assistance to Lebanon via security and international channels.

This is the time to transcend conflict. pic.twitter.com/tUvGFTGBeR

Defense Minister Benny Gantz and Foreign Minister Gabi Ashkenazi announced earlier in the evening that Israel had officially offered both medical and humanitarian aid, as well as immediate emergency assistance to the government of Lebanon.

The offer was made via international intermediaries, which might make it more palatable and easier to accept without having to lose face. It’s not known whether the Beirut government chose to accept the offer or not. Prime Minister Benjamin Netanyahu had given a green light for the aid to be offered.

“Pursuant to his approval of humanitarian and medical assistance to Lebanon, Prime Minister Benjamin Netanyahu has instructed National Security Council head Meir Ben-Shabbat to speak with UN Special Coordinator for the Middle East Peace Process Nickolay Mladenov in order to clarify how Israel can further assist Lebanon,” read an official statement from the Prime Minister’s Office.

Israel’s Foreign Minister had also made clear from the outset Tuesday evening that the cause of the blast did not seem to be anything other than what was being reported: “I do not see any reason not to believe reports from Beirut about there having been an accident which led to the fire.”

An Arabic television station associated with Hezbollah likewise reported that Hezbollah said the explosions were not an Israeli strike on a Hezbollah weapons warehouse. 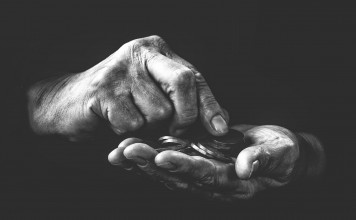 Money, Social Justice and Deception – News from the Torah [audio]