The President of Lebanon: Lebanon agrees to the final version of the maritime border demarcation agreement, but will not recognize the buoy-line as the border line.

During a public speech this evening, Lebanese president Michel Aoun announced that Lebanon officially agrees to the final written version of the maritime border demarcation agreement with Israel.

1. The agreement meets all of Lebanon’s requirements and defends its right [to its natural resources – Abu Ali].

2. Lebanon will not normalize its relations with Israel under any circumstances. We reject normalization outright.

3. Lebanon did not give up a single kilometer for Israel. We have obtained full rights over Qana.

4. Lebanon does not recognize the buoy line [a significant clause: the status quo is maintained but Israel’s demand to have this line recognized as the international border between the countries was not accepted – Abu Ali].

5. “The resistance” [Hezbollah – Abu Ali] proved that it is a force for Lebanon. You defended the Lebanese position in the negotiations as you did during conflicts. 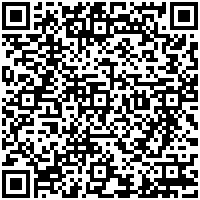