Qatari envoy to Gaza Mohammed al-Emadi on Sunday is expected to deliver $25 million in cash to the Hamas government, according to Arab sources. The same sources said Envoy al-Emadi will also continue his efforts to advance a project to build a new power line for Gaza.

According to a Kan news report on Sunday morning, Qatar is willing to take over from the Palestinian Authority, which stopped paying the Gaza Strip’s electric bill last year. Qatar will pay 40 million shekel ($11 million) a month for a new power line from Israel to Gaza, which would carry 100 megawatts of electricity,


Qatar is also expected to bear the rest of the project’s costs, including adding two miles to the new power line and the construction of auxiliary infrastructure.

The project will last about three years from the signing of an agreement with the Israel Electric Corporation.

A month ago, al-EAmadi arrived in Gaza with $15 million in cash. Qatar recently also pledged to grant Gaza $180 million.

Meanwhile, sources in Gaza reported that the Hamas leader in Gaza Yahya Sinwar believes there is nothing new in the talks to advance understandings between Gaza and Israel, and that the parties are wasting their time.

Sinwar was absent from a meeting with UN envoy Nikolay Mladenov on Friday. Mladenov met with Hamas leader Ismail Haniyeh. 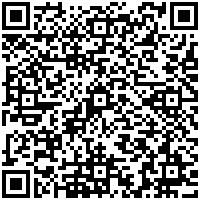