Sources in the Gaza Strip report that the terrorist organizations have sent a threatening message to Israel that they will act against Israel’s intentions to “change the rules of the game in Jerusalem and the Gaza Strip” by introducing a new method to transfer funds from Qatar to the Strip.

The terror factions say Israel is responsible for the failure of the efforts to find an agreed-upon mechanism for the transfer of the Qatari grant to poor families in the Gaza Strip, due to its insistence on converting the funds into food tickets, through the UN World Food Program.

Hamas has rejected the Israeli proposal and at present there is no solution to their problem, but Hamas emphasizes that it will not accept any change that “would harm the families’ right” to receive cash to finance all its expenses.

Until Operation Guardian of the Walls in May Qatar transferred suitcases with cash to the Strip on a monthly basis. It is assumed that Hamas used a significant portion of the funds for itself. Israel is seeking a new mechanism to ensure that all the funds are used for welfare, and not terrorism.

In Israel, it is estimated that there is a connection between the issue of the Qatari funds and the rockets fired Monday night from southern Lebanon towards the Western Galilee.

TPS has learned that a facility of the Hamas construction directorate, responsible for the organization’s military intensification, is situated near the site from which the rockets were launched. 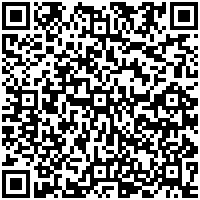