Air India has received authorization from the Saudi Arabian government to fly over the country on its way to and from Tel Aviv.

Israel’s Prime Minister Benjamin Netanyahu made the announcement during a briefing Monday at Blair House in Washington DC.


“Air India signed an agreement today to fly to Israel over Saudi Arabia,” Netanyahu said. The airline also flies the route between Tel Aviv and Bangkok.

Netanyahu said the direct flight between Tel Aviv and Mumbai will take the same amount of time when traveling through Saudi airspace as it does from Tel Aviv to London – about five and a half hours.

The competition from Air India is likely to bite into El Al’s profits unless Saudi Arabia is willing to extend the same privilege to the Israeli carrier as well.

Up to this point, the Israeli national carrier, El Al has been the only airline flying the direct route; however, because airlines flying to and from Israel have until now been barred from Saudi airspace, the flight has taken an extra two hours. 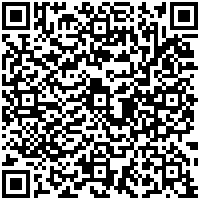