Speaking at the Military & Aviation Exhibition 2020 (New-Tech) in Tel Aviv on Tuesday, Defense Minister Naftali Bennett said: “We recognize initial signs of loosening and trajectory recalculating by Iran in Syria.”

Bennett added that under his command, Israel is moving from a defensive to an offensive concept: “The octopus’ head must be weakened and worn down, in order to injure its tentacles,” he said, repeating a favorite underwater metaphor.

Last Tuesday, Bennett warned Iran’s leadership: “You have nothing to look for in Syria,” adding: “When an octopus’ tentacles hit you, don’t just fight back against those arms, but strangle the head as well. That’s how we must deal with Iran. For generations, we have been constantly fighting the arms of the Iranian octopus in Lebanon, Syria and Gaza, and we did not focus enough on weakening Iran itself. Now we are now changing the concept: we are engaged in an ongoing campaign to weaken the Iranian octopus head itself, through economic, policy, intelligence, and military action, as well as other dimensions.” (See: Iran Threatens ‘Crushing Response’ to ‘Stupid Move by Zionist Regime’ in Syria, Elsewhere)

The defense minister attributed Iran’s weakening to the popular protests in many Iranian cities, and commented: “The Persian people told the Ayatollahs – Stop wasting our money and letting our blood in adventures.”

Bennett noted that loosening of Iran’s threat on the Syrian front is an opportunity for Israel: “The Iranians are sending forces to try to establish themselves there and exhaust us, but we can turn a disadvantage into an advantage,” he said. “We enjoy intelligence and operational superiority, and we tell Iran clearly: Get out of Syria, you have nothing to look for here.”

Chief Commander of the Islamic Revolutionary Guards Corps Major General Hossein Salami on Monday warned the “Zionists” that every part of their land is “in the range of Iran’s fire,” Mehr reported.

Salami said: “All your positions are at our reach and we have many choices to destroy you. Your walls and troops who are scared of death, are not going to save you.”

The New-Tech Expo in Tel Aviv showcases research and development in the Israeli military industry. Israel is considered a breakthrough-maker in technological development, and dozens of electronics and technology companies, the leading vendors in the military industry, take part in the exhibition, featuring the most advanced products, innovations and solutions that meet military and aviation standards.

The conference is aimed at executives, development, engineering and purchasing, operation and manufacturing managers and project managers in the industry, including military personnel. Organizers promise a rich dairy breakfast menu for early visitors, as well as light refreshment and drinks throughout the day. 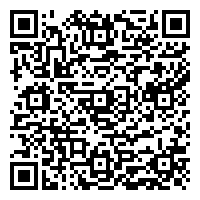