An investigation by the IDF into an attack on the Golan Heights on the March election day has revealed that the Iranian-backed Hezbollah terrorist organization was behind the assault, and was assisted by the Syrian Army.

Released on Tuesday, the investigation shows that Hezbollah terrorists were cooperating with Syrian army forces with the IDF also saying a Special Forces intelligence unit had observed “suspicious activities” in the area in the weeks leading up to the attack.


Snipers had opened fire from Syria into the Golan on March 2nd, prompting an Israeli counterstrike in which a senior Hezbollah operative was killed in a helicopter strike on the car he was driving.

Defense Minister Naftali Bennett, at the time of the attack, stated that “even on Election Day, our enemies are trying to hurt us, hurt the citizens of Israel, and disrupt the routine of our lives,” adding that “even on this day, as in all times of the year, we will cut off our enemies’ hands and not allow them to disrupt the routine of our lives. We will continue to give security to the citizens of the State of Israel.”

The IDF concluded its investigation with a warning to the Assad regime, stating it considered it “responsible for its territory.”

Hezbollah has played a significant role in the Iranian entrenchment on the Israeli-Syrian border with attacks on Israel from the Quneitra region not uncommon.

Five days prior to the attack, the IDF had killed a suspected terrorist in a strike inside Syria.

Various reports claim the man, killed in the Druze town of Khader, in the Quneitra area adjacent to the Israeli Golan Heights, was a senior Hezbollah operative named Imad Tawil who was entrusted with developing Iran’s infrastructure in the areas adjacent to Syria’s border with Israel. 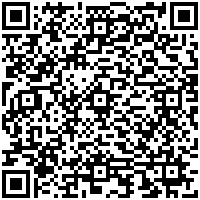