At 1:42 PM on Tuesday, the rocket alert went off along Israel’s northern border with Syria. Two Patriot missiles were fired at the target which had been tracked crossing into Israel.

The IDF released a statement that a Syrian Sukhoi warplane crossed over into Israel, flying two kilometers within Israeli territory. The plane took off from the T4 airbase. The IDF believes it was an SU-22 or SU-24. Syrian sources say it was an SU-22.


The Patriot missiles targeted the warplane and took the plane down. The plane crashed in Syrian territory.

The IDF added a statement, “The IDF is on high alert and very prepared, and will continue acting against violations of the 1974 Separation of Forces agreement.”

Teh IDF
News outlets connected to the Syrian rebels report that a Syrian warplane went down in the Yarmouk basin in southern Syria. Local Syrians report that the pilot, a colonel, ejected in ISIS-held territory.

Syria confirms that Israel shot down a Sukhoi-22.

Local NDF in Al-Quneitra said that the pilot ejected in the ISIS-held part of the Yarmouk Basin region.

Two Patriot missiles were launched at a Syrian Sukhoi fighter jet that infiltrated about 1 mile into Israeli airspace. The IDF monitored the fighter jet, which was then intercepted by the Patriot missiles. pic.twitter.com/owL4Pm7zER

#Update
The pilot is a colonel in the #SyAAF 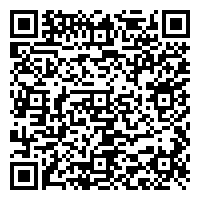