IDF forces struck Syrian regime targets for the second day in a row Sunday after several projectiles landed in open areas on the Israeli side of the border. The IDF said it had hit two Syrian artillery cannons and a truck carrying ammunition.

Amid heavy fighting between Syrian army forces and militias loyal to the regime of Bashar al-Assad and between rebel forces,  mortar and tank shells spilled over onto the Israeli side of the border for a second day running. No casualties were reported on the Israeli side. Israeli farmers and civilians were ordered to stay away from the border area.

The IDF issued a statement saying that while Israel is not involved in the Syrian civil war, it “nevertheless severely condemns any attempt to undermine the sovereignty of the State of Israel and the security of its residents, and considers the Syrian regime responsible for what is happening in its own territory,”

On Saturday, the IDF destroyed two Syrian Army tanks and a machine gun position in response to approximately 10 mortar rounds that landed in the northern Golan Heights.

Prime Minister Binyamin Netanyahu said following Saturday’s events that Israel would react forcefully to any violation of its territory and would not accept “any drizzle of fire of any kind.”

After the strike, the Syrian News Agency SANA quoted Syrian military sources as accusing Israel of purposefully aiding opponents of the Syrian regime.

On Sunday, the IDF sent a complaint about the errant fire into Israeli territory to the United Nations Disengagement Observer Force (UNDOF), responsible for maintaining the ceasefire and disengagement agreement between Israeli and Syrian forces since 1974. 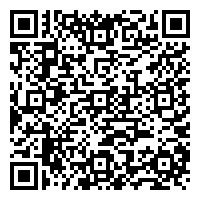