The Netanyahu government on Sunday morning voted to delay the implementation of its January 2016 plan for a distinct, mixed prayer area at the Kotel plaza, under pressure from the Haredi parties. A minister who attended the meeting told Ha’aretz there will not be another discussion regarding the plan as long as this coalition remains in its current formation – meaning never.

However, the government did vote to complete the construction of a permanent prayer area for mixed women and men’s prayers by the southernmost part of the Kotel.


Interior Minister and Shas chairman Aryeh Deri said that Haredi parties had not paid attention to the original plan when they let it go through. Deri also noted that, for the sake of industrial peace, the Haredi parties would have been willing to turn a blind eye on many unofficial solutions to the conflict, but since the Reform petitioned the High Court of Justice and demanded for themselves an official share, any chance for a compromise went out the window.

This decision appears to be connected to the report on Army radio the other week, where the Haredi parties would compromise and tacitly accept the Reform/Conservative prayer area near Robinson’s Arch, but not in the main Kotel plaza.

Shas and UTJ never promoted legislation prohibiting Reform and Conservative prayer at the Kotel, but merely responded to the legal challenges posed by the non-Orthodox factions.

“Don’t blame the Haredim,” Deri said, noting that Shas and UTJ never promoted legislation prohibiting Reform and Conservative prayer at the Kotel, but merely responded to the legal challenges posed by the non-Orthodox factions.

Prime Minister Netanyahu agreed with Deri, suggesting that “the activism of the American Jewry does not always help.”

Netanyahu added that he plans “to bring about a partial solution. The future of the Jewish people will be determined in Israel, and we should not neglect our brothers and sisters in the Diaspora, and especially in the United States.”

Defense Minister Avigdor Lieberman, whose party, Yisrael Beiteinu, receives many of its votes from non-Jewish Russian citizens of Israel, argued that Sunday’s decision harms relations within the Jewish people. “In January 2016, the prayer outline at the Kotel was approved, as was cited by then Cabinet Secretary Avichai Mandelblit – who is not suspected of leading an anti-religious agenda or of harassing the ultra-Orthodox,” Liberman said. “Even the Habayit Hayehudi ministers Naftali Bennett and Ayelet Shaked voted in favor of the plan, and the cancellation of that decision today constitutes a severe blow to the unity of the Jewish people, Jewish communities and the fabric of relations between the State of Israel and Diaspora Jewry.”

Possibly, although they will likely get over it. It’s not as if the Kotel was just divided between the men’s and women’s this Sunday morning. Jews who get the urge to pray with the opposite sex can always catch a minyan at one of Jerusalem’s few non-Orthodox synagogues, if they’re open.

“The fact that the Prime Minister, who himself initiated and led the Kotel outline, capitulated and retreated from the historical decision is a badge of shame for his government, and especially for the female ministers who voted against fellow women,” said Women of the Wall leader Anat Hoffman, in a unique expression of unabashed sexism.

MK Tzipi Livni (Zionist Camp for now), said that the cancellation of the Kotel outline is a slap in the face of American Jewry: “Netanyahu abandons Israel as the state of the Jewish people, in favor of considerations of political survival,” Livni said.

Of course, they could all make Aliyah and vote against him even this afternoon… 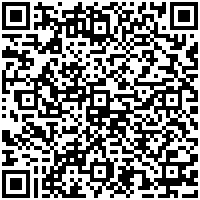