Iran opened a Consulate this weekend in the Syrian province of Aleppo, the most populous Syrian governate in the country, adding another symbol of permanence in the territory of Israel’s northern neighbor.

Syrian Foreign Minister Faisal Mekdad said in a speech streamed to the ceremony via internet that Saturday’s opening “reflects deep relations between the two countries” and highlights the economic development in the province, according to a report by the official Syrian Arab News Agency (SANA).

“The opening of the consulate in Aleppo indicates the attention we pay to this city in terms of history, culture, and cooperation between the two countries,” Zarif added.

Iranian Ambassador to Damascus Mehdi Subhani said opening the consulate “marks a milestone” in the relations between Iran and Syria.

Iran sent an armed drone into Israel from Iraq or from Syria earlier this month. The drone, intercepted by the IDF on Israel’s border with Jordan, comes in a continuation of its often-declared intention to annihilate the Jewish State.

Israel’s Prime Minister Benjamin Netanyahu has repeatedly warned that Israel will continue to take action against Iran in Syria. Israel views Iran as an existential threat. 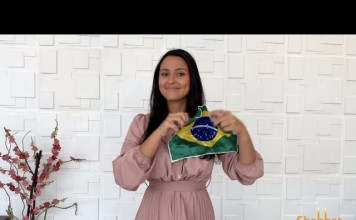