Overnight there was a series of explosions near the Damascus international airport, Syrian opposition sources reported. Arab media reports point the finger at the Israeli air force, but the IDF has not issued a statement.

URGENT: Footage emerged of burning fuel or gas at Damascus International Airport, with some reports pointing to a possible Israeli airstrike pic.twitter.com/nhJhJfffrk

The Syrian Observatory for Human Rights reported at least one explosion within the airport compound, but local opposition sources have mentioned as many as five.

Rami Abdel Rahman, head of the Observatory, said the blast could be heard throughout the Syrian capitol and woke up many residents at around 3:20 AM.

The same opposition sources are saying the target of the overnight attack was a Syrian Army airport near Damascus International, which is being used by Iran-backed forces.

Last January Syria reported a rocket attack by the IAF on the Mezzeh Military Airport, only a few miles from President Assad’s palace.

Can Jordan Revoke Its Peace Treaty with Israel? 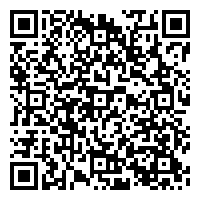