The official said Israeli aircraft coming from the south fired several missiles at areas near Damascus around 11:15 PM. Hezbollah’s Al-Manar TV said the attack was “broader than usual,” and targeted areas stretching from the eastern Damascus suburb of Dmeir to Kiswa, south of the capital, and all the way to the western village of Dimas near the Lebanese border.

The UK-based Syrian Observatory for Human Rights explained that Kiswa is “home to positions and storage sites for Iranian and Hezbollah forces allied with Syria’s government.”

Incidentally, this was the first Israeli airstrike on the Damascus area in 2019. The last time the IAF hit the same area was on December 25, 2018.

The Syrian Foreign and Expatriates Ministry suggested that the Israeli attack was part of the ongoing Israeli campaign to prolong the crisis in Syria.

Syria has demanded that the UN Security Council “take prompt action to prevent the recurrence of such attacks.”

Try moving out those Iranian storage facility – it could do wonders… 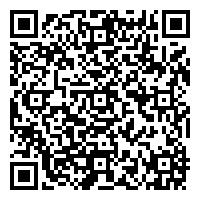