The news of Lapid’s visit follows by a few hours a telephone conversation between Israeli President Isaac Herzog and his Turkish counterpart, President Recep Tayyip Erdoğan.

In their conversation, the two leaders “highlighted the great contribution of this cooperation to the trust being built between the governments and nations,” the president’s office said in a statement.

But President Herzog also emphasized that the threat has not yet passed and that the counterterror efforts must continue.

The two leaders agreed to “continue working for peace and stability in the region by means of open and ongoing dialogue,” the president’s office added.

“Alongside this, we have warned Israeli citizens to avoid flying to Turkey – especially Istanbul – at this time if it is not necessary. The danger is still great,” Bennett noted, adding that he is calling on Israeli citizens to show “personal responsibility and safeguard their security.”

As serious as the threat to Israelis remains throughout Turkey – and particularly in Istanbul – Israeli officials are now warning citizens to also cancel their plans to visit the United Arab Emirates, Bahrain, Jordan and Egypt for similar reasons, Hebrew-language media reported Sunday night.

Unnamed Israeli security personnel were quoted by Channel 13 News and Galei Tzahal Army Radio as saying while the threat is not “concrete” in these additional destinations, Tehran could become “desperate” to commit an attack and expand its operations towards that end.

“I would recommend Israelis not go there and if they do go there, they should take extra care,” a diplomatic source allegedly said. 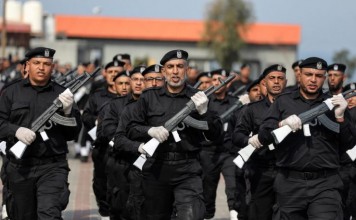