The UN has launched an investigation against Turkey for allegedly selling electronic equipment to Iran which is listed as banned, nuclear-related products and technologies. Security Council Resolution 2231 of 2015 which prohibits the transfer of this equipment to Iran.

The UN also demanded that Israel investigate the affair, after it had become clear that the electronic equipment sent to Iran via Turkey was manufactured by Celem Power Capacitors, an Israeli company based in Jerusalem and is a major manufacturer of capacitors.

The investigation was initiated after the UAE detained a shipment of electronic equipment en route from Turkey to Iran in July 2017. The UAE inspectors identified electronic capacitors that are prohibited for transfer to Iran, based on the UN security Council resolution.

In a letter to the UN Secretariat and the government of Israel, the UAE related that it had detained CSP 180-300 capacitors produced by Celem Power Capacitors, in Jerusalem.

Celem Power Capacitors told Israeli authorities that it had sold the capacitors to the Turks – after due diligence and receipt of payment. The company stated: “We sold the capacitors to normal Turkish companies, we do not sell our products to the enemy. Most of our sales are in Turkey and USA, but Turkey is not an enemy state and we had no reason not to trade with her. In any case, if the goods have actually arrived in Iran, this means that the we have been cheated by the Turkish buyer.”

Paragraph 3 of Annex B of UNSC resolution 2231 (2015) calls upon Iran not to undertake any activity related to ballistic missiles designed to be capable of delivering nuclear weapons, including launches using such ballistic missile technology.

In the event of an approval by the Security Council of provision to Iran of any technology or technical assistance that are banned by the resolution, the contract for delivery of such items or assistance should include appropriate end-user guarantees; and Iran should commit not to use such items for development of nuclear weapon delivery systems.

What Turkey has apparently done was sidestep that whole part regarding receiving UNSC approval, and just sold Iran the banned technology. 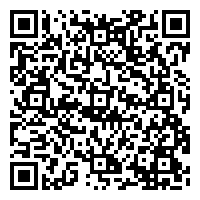