Anyone contemplating immigration to the United Kingdom should bone up on the rules of football (soccer) and cricket (no real translation, this one’s British to the core) – AND figure out which team you’re going to root for.

Rabbi Mirvis explained the concept Tuesday night during the Benedict XVI Lecture, “Living as a Creative Minority in the UK,” held at Archbishop’s House in London, citing it as the best bet for an immigrant’s safety.

The rabbi used the concept to illustrate the idea as a way for minorities to “integrate but not assimilate.” He explained that minorities are “responsible to maintain their own traditions, to be proud of their background, loyal to their faiths and at the same time to be proud members of their countries.

“In a nutshell, minorities need to pass the Norman Tebbit test. This is something which, thankfully, Jewish communities across the globe have almost always done, and we’re proud of the fact that we can pass that test within British society today.”

The so-called “test” itself was introduced by Conservative politician Lord Norman Tebbit in 1990 during an interview with the LA Times. Tebbit told the newspaper, “A large proportion of Britain’s Asian population fail to pass the cricket test,” Tebbit said. “Which side do they cheer for? It’s an interesting test. Are you still harking back to where you came from or where you are?”

The rabbi went on to say that British Jews reflect their integration in the UK in much the same way as Jews do around the world, even as they did in Germany in the 1930s.

“In the same way, Jews in Germany in the 1930s declared ‘Deutschland über alles’ – regardless of what might transpire to us we express a natural loyalty towards the country of which we are proudly a part.”

The entire point of all this, however, is considerably more grim than it might seem.

The rabbi spoke together with Cardinal Vincent Nichols and leading Islamic scholar Maulana Sayed Ali Raza Rizvi in a panel that also responded to a question from former Business Secretary Sir Vince Cable about whether the UK government had gone too far with its current “Prevent” strategy.

The policy is aimed at addressing “non-violent extremism” and has led to school teachers reporting students to police, sometimes at the drop of a hat. One 14-year-old boy was reported by a teacher and questioned about a possible affiliation with ISIS after using the phrase “eco-terrorism” in connection with environmentalist campaigners, according to the Catholic Herald.

In January, Cardinal Nichols warned teachers in the Catholic school system, “One month is all it takes to transform a dissatisfied and disoriented teenager into a terrorist.” The cardinal warned delegates at a London conference during that speech to guard against Internet recruitment of vulnerable secondary school students by Da’esh operatives from ISIS.

Britain’s Home Secretary Theresa May defined “extremism as the rejection of “regard for the rule of law, participation in and acceptance of democracy, equality, free speech and respect for minorities.”

But the cardinal said “British values” should be defined a bit deeper, with emphasis on building a better society, respect for the inherent dignity of a human being, and “the openness to the spiritual and transcendental.” 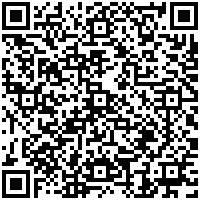