Hundreds of Muslim scholars will convene in Morocco next week to discuss ways of protecting the rights of non-Muslims living in Muslim-controlled states, RNS reported. The conference comes as Christians and other non-Muslim minorities are fleeing Muslim violence across the Middle East.

“The prophet was religiously persecuted, so he knew firsthand what it was to experience religious persecution,” said Shaykh Hamza Yusuf, co-founder of Zaytuna College, the first Muslim liberal arts college in the US, last Thursday, adding, “His religion ensured the rights of religious minorities,” and in general Muslims have had a strong record of tolerance.


Yusuf, who will attend the Jan. 25-27 conference in Marrakesh, is a student of the conference’s leading spiritual voice Shaykh Bin Bayyah, a Mauritanian scholar who is an authority on the rights of religious minorities under Islamic rule. Bin Bayyah’s Forum for Promoting Peace in Muslim Societies will host the conference along with the Ministry of Endowments and Islamic Affairs of the Kingdom of Morocco.

More than 300 religious and political leaders from Muslim-majority nations, including Egypt, Turkey, Iraq, Pakistan and Iran, are expected to attend the forum, which they suggest will be the first such effort in the Muslim world since Mohammed’s 622 CE Charter of Medina, which states (Article 17): “No Jew will be wronged for being a Jew.”

But, according to numerous scholars, plenty of Jews have been wronged even as the ink was drying on that charter. According to Norman Stillman, in the Hadith (recordings of deeds and sayings attributed to Muhammad), “Jews in Medina are singled out as ‘men whose malice and enmity was aimed at the Apostle of God.’ The Yahūd in this literature appear not only as malicious, but also deceitful, cowardly and totally lacking resolve. However, they have none of the demonic qualities attributed to them in mediaeval Christian literature, neither is there anything comparable to the overwhelming preoccupation with Jews and Judaism (except perhaps in the narratives on Muhammad’s encounters with Medina Jewry) in Muslim traditional literature. Except for a few notable exceptions … the Jews in the Sira and the Maghazi are even heroic villains. Their ignominy stands in marked contrast to Muslim heroism, and in general, conforms to the Koran’s image of ‘wretchedness and baseness stamped upon them.'”

And that’s just the 7th century… 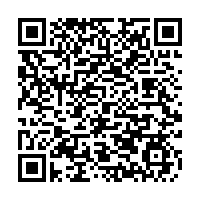