So much freedom, so little time. the Johannisbad public pool in Zwickau, Germany, has banned asylum seekers after a group of men were caught behaving extremely inappropriately in the Jacuzzi. Earlier, other groups of Middle Eastern refugees were caught on camera using the children’s pool as a toilet, Bild reported.

The unsettling incidents became public after an internal memo to mayor Bernd Meyer was exposed in Bild. The memo reads: “An asylum seeker was [misbehaving] in the hot tub … This is also recorded on the surveillance camera.” Apparently, after the group had been removed from the pool area for bestial behavior, the invaded the Jacuzzi, and took selfies of their group action.


Regarding a different pool incident in Zwickau, the same city worker reported that a group of women and children who were using the kids’ pool, “contaminated the pool by getting rid of the contents of their intestines. Local swimmers immediately left the pool.”

One day earlier, “eight foreign men … in the sauna” harassed local women, until pool staff began to tell Middle Eastern swimmers the Sauna was out-of-order if there were women inside. The memo reads: “The lifeguards have to protect women and girls from the asylum seekers. Young men tried to forcibly invade the female changing room.”

According to Bild, over the past week there have been several sexual attacks on children in swimming pools in Germany, targeting pre-teen girls and boys. Two young girls were groped under their bathing suits and “possibly raped” by a gang of refugees.

Several Syrian and Afghan asylum seekers have been arrested, and later released. Just before the weekend, a pool re-opened after being closed for 24 hours following reports of sex assaults against children, and a spokesman for the pool said the management “hopes there will be no more sexual harassment.” 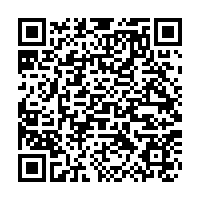