Jews throughout Morocco this past Sabbath responded to a plea by King Mohammed VI and prayed for rain. Muslims did the same in Friday prayers at their mosques.

“In conformity with the high instructions of His Majesty the King Mohammed VI, commander of the faithful, these prayers will be called for in all the synagogues to implore the Almighty to spread ample rain throughout the territory of the Kingdom,” the Council of the Jewish community stated.


The Morocco World News reported, “Moroccan Jews performed prayers in all the synagogues in the country, imploring God to spread bountiful rain on the entire territory of the Kingdom.”

The lack of rain this year has threatened the agricultural sector of Morocco, and the economy will be severely damaged if crop production drops because of the drought.

The King’s plea is not unprecedented. In 2007, nearly all of Morocco’s Jewish population of 5,000 turned out en masses on a Sabbath to pray for rain,

Morocco is one of the more enlightened Muslim countries, everything being relative, of course. John Kerry notwithstanding, there is a less than zero chance that the Saudi Arabia’s King Abdullah would ask the Jews to pray for rain – for the simple reason that Jews are no Jews living in Saudi Arabia. Okay, there always is one. You just can’t get away from the Jews, but he probably is not orthodox.

But what happens if Mahmoud Abbas gets its Palestinian Authority state? He won’t, but just for the fun of it, let’s say he does. And then comes a drought and there are no Jews living in the Palestinian Authority, because the United Nations has made an exception that a Jew-free country is essential for peace.

Abbas would have several options: One, he could ask Jews in Israel to pray for the Arabs in the PA. Chances are that he would rather die.

But he also could demand that all of the Jewish refugees expelled from Arab countries move to Judea and Samaria. That way, he would not suffer the embarrassment of inviting expelled Jews back to their homes but could welcome Jews from the Arab world to fill the gap.

The big question is what happens when the rain comes, whether in the imaginary Palestinian Authority or the real Morocco?

Who gets the credit, God or Allah?

The request of King Mohammed VI sounds great for peaceful co-existence until the arguments over who gets credit turns into war.

There is one other possibility.

Let’s say the rain falls only in the Jewish neighborhoods, or only in the Arab neighborhoods. Get out your Bibles and consult past history for the results in Egypt, when Jews lived in the Goshen neighborhood, and in ancient Samaria, where Elijah made fools out of idol worshippers.

But since rain always seem to fall on the Jewish Sabbath, just when the non-observant were planning a picnic, it would be best to stick with the Jews. 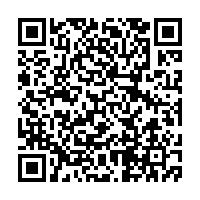